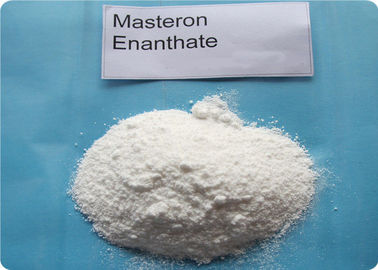 Masteron is a unique anabolic steroid because of the way it is derived from DHT (dihydrotestosterone). It is altered by the addition of a methyl group at the carbon 2 position. This structural change is what makes masteron anabolic, and what makes it function the way it does.

Masteron is extremely popular in bodybuilding; in fact, it’s used in cutting, hardening, and even as an aromatase inhibitor (AI). This makes it a great choice as a finisher during a cycle; though, it should always be stacked with other steroids to get the most benefits out of it. It is especially a good choice with aromatizing compounds like testosterone and dianabol because it works in synergy to counteract estrogen based water weight.

Masteron should be used as part of a steroid stack, so that the user can benefit from the SHBG binding. Average dosage is 400-500mg per week, some experienced users will go up to a gram (1000mgs) per week.

Masteron works best for those with lower body fat who are looking to harden up the muscles, so it’s mainly used as a finisher to a cutting cycle, ahead of a competition, or before a photo shoot. It’s a mainstream belief that masteron is primarily a cosmetic compound, so a person should have a nice physique before wasting their time expecting tremendous results from using it alone.

I generally do not recommend those who have higher amounts of body fat (over 10-13%), or who do not have muscle mass on their frame, to use Masteron. However, this does not mean they cannot get the benefits of increased free testosterone, low side effects, and water shedding if that is their goal.

Detection Times and Half Life

Side effects with masteron are low in terms of estrogenic effects; in fact, it can lower estrogen during a cycle because of its AI like properties. However, this does not shield someone from negative DHT side effects, such as head hair loss, which is very common with this compound. Masteron, like all anabolic steroids is suppressive, so a post cycle therapy (PCT) is needed.

Since masteron is a DHT derivative, women are discouraged from using it, in even moderate doses, due to the risk of virilization (enlarged clitoris, facial hair, deepening voice). If it is used, it should be a tiny dose and for short periods.