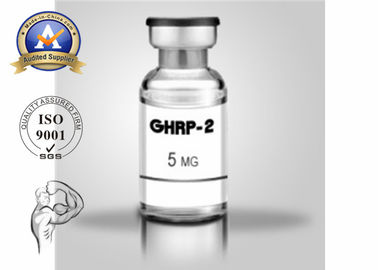 GHRP-2 is a peptide that stimulates the production of the body’s natural growth hormone – somatotropin.GHRP-2’s functionality allows it to promote the release of secretions put forth by somatropic cells;, the peptide contains the capacity to block the secretion of somatostatin; a peptide that regulates the endocrine system and affects neurotransmission and cell proliferation via interaction with G protein-coupled receptors.

►While both of these amino acid peptides release Growth hormone, there's a noticeable difference in GHRP-6, which speeds up digestion allowing for larger consumption of food. It's worth adding that this particular peptide is a first-generation GHRP.

►What distinguishes GHRP-2 is its ability to cause growth hormone to be released more intensely. This second-generation GHRP is best for those who want to get the absolute most value from the GH releases. On the other hand, if increasing low appetite is the main concern GHRP-6 would be best.

How to administrat GHRP-2 and what dosage to use?