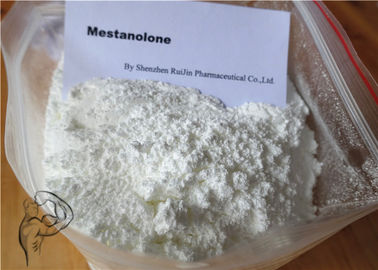 Use male gonad hypofunction and implied sperm sterility, hydrogen to methyl testosterone intermediate.
Mestanolone is the 17α-methylated version of dihydrotestosterone (DHT). The systematic name of mestanolone is: 17β-hydroxy-17α-methylandrost-3-one.It is an orally bioavailable androgenic steroid that is highly androgenic while only slightly anabolic. It is incapable of aromatization and is not an agonist of the progesterone receptor.

Use for chronic wasting disease, osteoporosis, severe infection and trauma, burn, etc caused by the negative nitrogen balance, promote the growth of premature infants and immature, etc. The fracture is not easy to heal, hypercholesterolemia and postpartum depression can also be used.