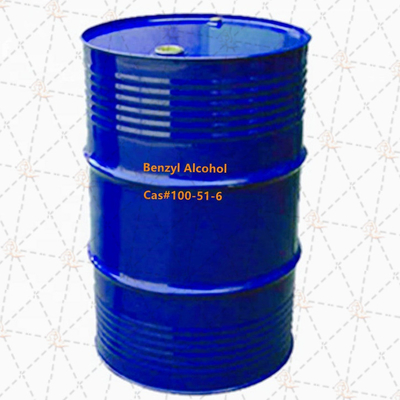 Benzyl Alcohol is a colorless liquid with a sharp burning taste and slight odor. It is used as a local anesthetic and to reduce pain associated with Lidocaine injection. Also, it is used in the manufacture of other benzyl compounds, as a pharmaceutical aid, and in perfumery and flavoring. Benzyl Alcohol is an aromatic alcohol used in a wide variety of cosmetic formulations as a fragrance component, preservative, solvent, and viscosity-decreasing agent. Benzyl Alcohol is metabolized to Benzoic Acid, which reacts with glycine and excreted as hippuric acid in the human body. Acceptable daily intakes were established by the World Health Organization at 5 mg/kg for Benzyl Alcohol. No adverse effects of benzyl alcohol have been seen in chronic exposure animal studies using rats and mice. Effects of Benzyl Alcohol in chronic exposure animal studies are limited to reduced feed intake and reduced growth. Some differences have been noted in one reproductive toxicity study using mice, but these were limited to lower maternal body weights and decreased mean litter weights. Another study also noted that fetal weight was decreased compared to controls, but a third study showed no differences between control and benzyl alcohol-treated groups. Benzyl Alcohol has been associated with an increased number of resorptions and malformations in hamsters, but there have been no reproductive or developmental toxicity findings in studies using mice and rats. Genotoxicity tests for benzyl alcohol are mostly negative, but there were some assays that were positive.