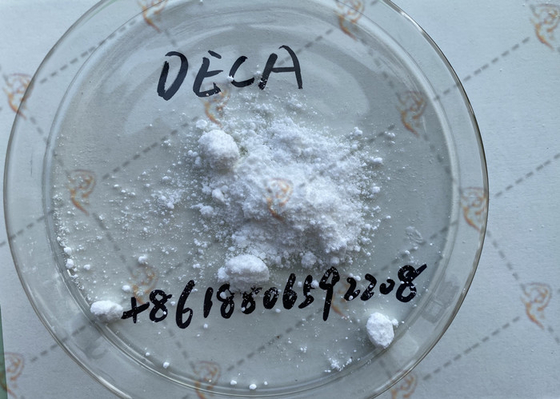 How to store:Store in a dry place, protected from light, at a temperature of 15-25 ° C. Keep out of reach of children.

About 6 days, but it takes around 21 days to be excreted from your system. In fact, some athletes have tested positive for the metabolite months after their last injection

Water Retention: Some, much less than testosterone.

Deca is not known as a very "fast" builder. It needs to be taken over long periods of time (cycles of 12 weeks minimum) for it to be effective.The muscle building effect of this drug is quite noticeable, but not dramatic. The slow onset and mild properties of this steroid therefore make it more suited for cycles wit a longer duration. In general one can expect to gain muscle weight at about half the rate of that with an equal amount of testosterone.

A cycle lasting eight to twelve weeks seems to make the most sense, expecting to elicit a slow, even gain of quality mass. Although active in the body for much longer, Deca is usually injected once or twice per week.The dosage for men is usually in the range of 300-600mg/week. If looking to be specific, it is believed that Deca will exhibit its optimal effect (best gain/side effect ratio) at around 2mg per pound of lean bodyweight/weekly.

Deca is also a popular steroid among female bodybuilders. They take a much lower dosage on average than men of course, usually around 50mg weekly. Although only slightly androgenic, women are occasionally confronted with virilization symptoms when taking this compound. Should this become a concern, the shorter acting nandrolone Durabolin would be a safer option. This drug stays active for only a few days, greatly reducing the impact of androgenic buildup if withdrawal were indicated.