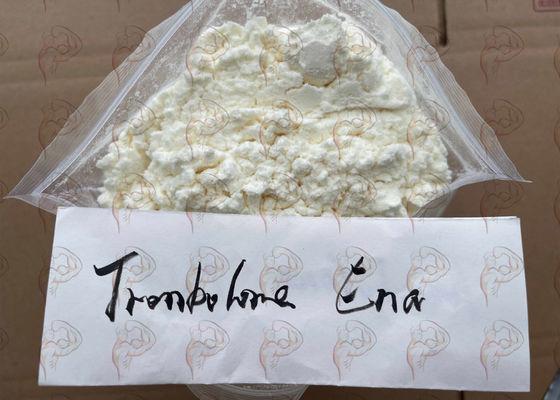 Storage:store in a clean and dry place at the room temperature below 30 degrees C.

The primary difference between Trenbolone Acetate and Trenbolone enanthate is esters. While Tren E, featured by comparatively less esters, peaks at a slow pace and leaves the system slowly, Tren A with more esters peaks faster and leaves the system faster. Moreover, Tren A is better when it comes to maintaining stable blood levels, especially when athletes want to gain muscle mass and strength when following a dieting regimen. Furthermore, the human body finds it simpler to absorb a higher percentage of milligrams when injected with the acetate form rather than in the enanthate form.

A big majority of athletes and bodybuilders, especially those into elite sports and professional bodybuilding, prefer Trenbolone acetate over Trenbolone enanthate. This is because the enanthate version of Trenbolone doesn't result in as much hardening of muscles as experienced with the acetate version. While the acetate version is known to promote cutting, the enanthate version is used for adding muscle size. Beginners to the world of anabolic compounds should opt for Tren A instead of Tren E as Tren acetate gets out of the system quickly. However, the enanthate version of Tren is rarely associated with night sweats, insomnia, and over-aggression and allows athletes to reap the optimum benefits of the potent steroids. Tren E is less likely to result in the dreaded Tren cough and involves less pinning but the use of this steroid involves more of patience as results can take time.

The fact that Trenbolone acetate is easily and more readily available puts it ahead of the enanthate version. In addition, this short ester compound is better than enanthate version when it comes to controlling and manipulating blood levels.

Trenbolone Enanthate dosage ***For beginners or those who are about to take trenbolone enathate for the first time, recommended dose is 300 mg per week. ***For intermediate users range from 400 to 500 mg per week. ***For experienced users the dose is increased to 800 - 1000 mg or more per week (it should be noted that the 800 - 1000 mg trenbolone is the equivalent of 4000 - 5000 mg of testosterone). Trenbolone enathate is detectable in the body for 5-6 months.