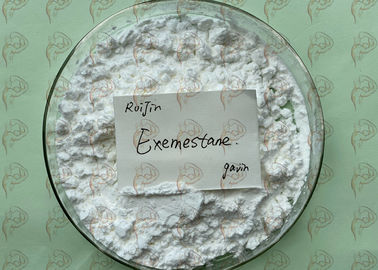 You may also hear it called Aromasin, which is its best-known brand name. There are a number of other brands of exemestane, all of which contain the same dose of the drug.

How does exemestane work?

Exemestane works by reducing the amount of oestrogen made in the body.

Exemestane belongs to a group of drugs called aromatase inhibitors.

Common side effects of exemestane include:

Aching or pain in the joints and muscles

osteoporosis (thinning of the bone)

Other side effects of exemestane include:

25 mg orally once a day Comment: -This drug should be administered after a meal. Uses: -Adjuvant treatment of postmenopausal women with estrogen-receptor positive early breast cancer who have received two to three years of tamoxifen and are switched to exemestane for completion of a total of five consecutive years of adjuvant hormonal therapy. -Treatment of advanced breast cancer in postmenopausal women whose disease has progressed following tamoxifen therapy.